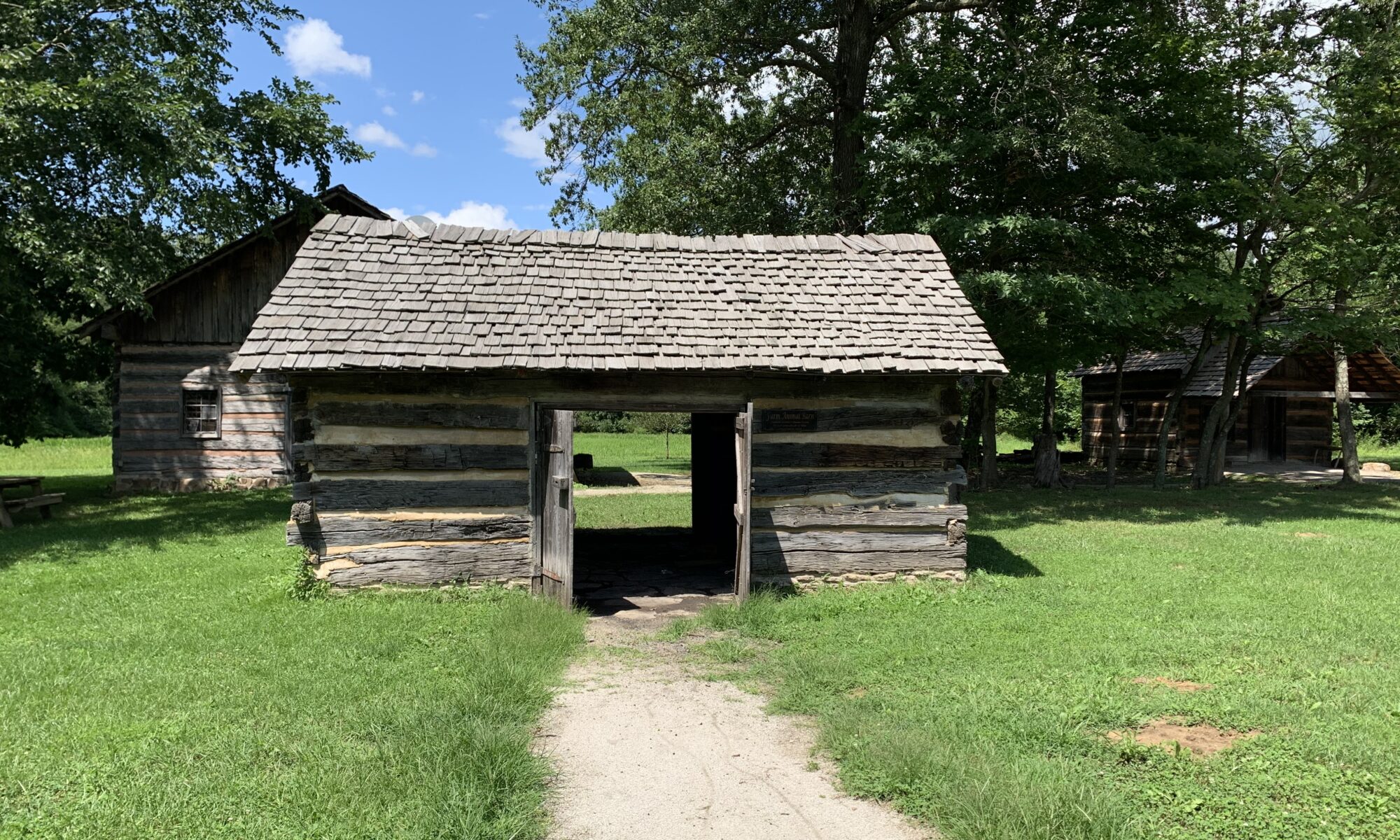 This cabin was originally located in the area of the Glendale Fish and Wildlife Area in Daviess County, Indiana. It is believed to have been built in the early 1800’s but an extract date is unknown. The cabin, built of tulip poplar logs with half dovetail notch ends, had previously been used as a barn and was found abandoned from the west end of the Glendale FWA lake. It had a dirt floor.

The Indiana Department of Natural Resources gave the cabin to the Vigo County Parks and Recreation Department through a dismantling agreement. Park staff dismantled the cabin and rebuilt it as the village blacksmith shop in 1975. In 2008, a new blacksmith shop was added to Pioneer Village and the cabin was repurposed as an Animal Barn.

In the summer of 2020, Michael Conley and family became the new caretakers of the cabin and have repurposed the cabin as the new village Tannery. While working on the cabin to transform it into the new Tannery, a stone floor was discovered underneath layers of dirt. A fireplace and new doors will be added to the cabin upon completion within the next year.