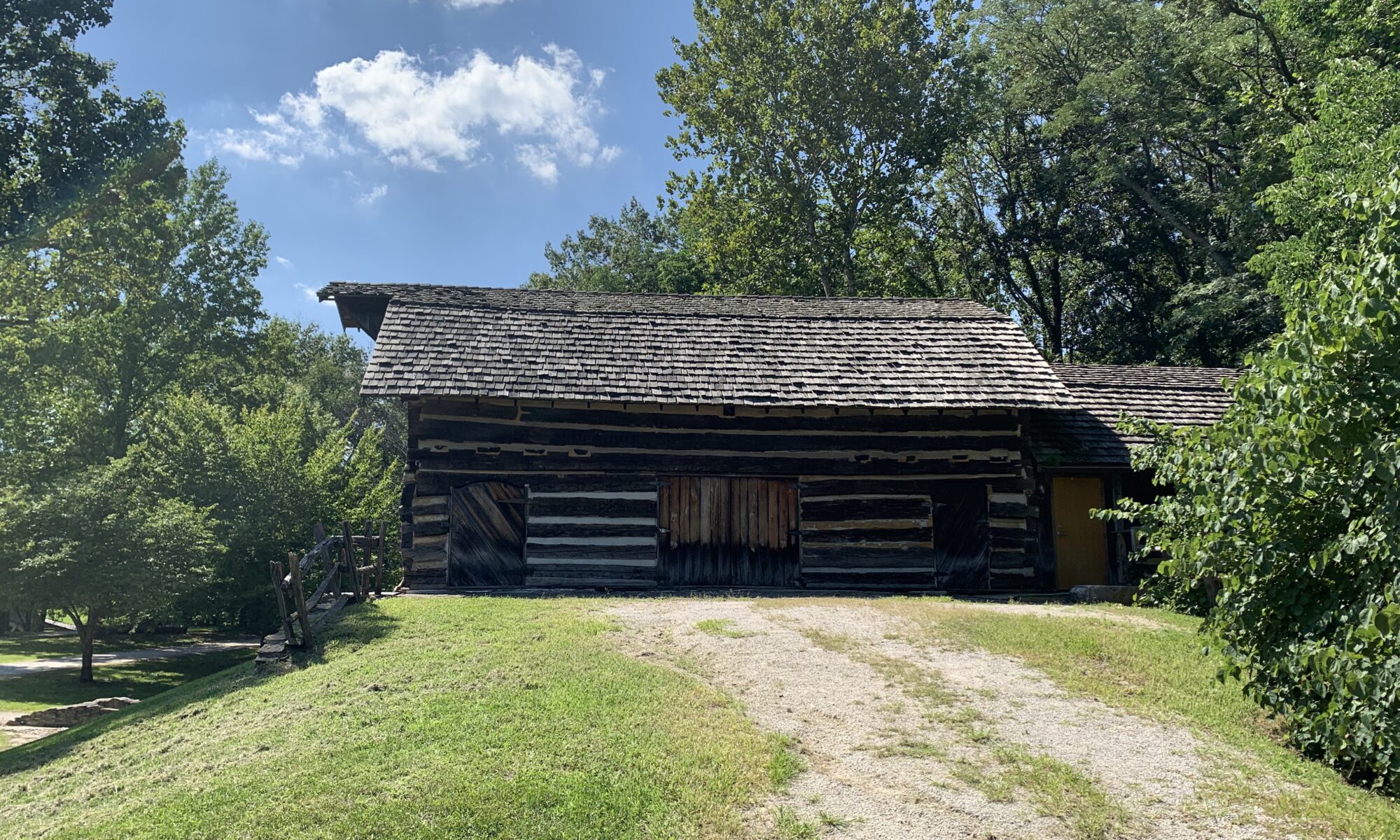 The log barn was built in the early 1840s by Billy Fontana. It was originally located just west of the small town of St. Bernice in Vermillion County, Indiana. Cecil Shew purchased the barn in 1934 from Logan Jackson. Henry H. Ford of R.R. 4, Rosedale, Indiana had the sheepskin deed.

The barn was constructed with 36 x 28-foot white oak logs. The logs used to construct this barn were also half dovetail notch. Originally, the barn had no chinking to promote airflow as it was believed that air should pass through in order to keep the animals healthy. The top floor is a haymow floor made out of 12’ long hand-split white oak boards.

In 1976, Mr. Shew sold the barn to the Vigo County Parks and Recreation Department for $850.00. It was dismantled in June 1976 and transported to Fowler Park to be reconstructed on a new foundation in Pioneer Village. At this time, the Parks Department was looking to add an indoor rental facility to its park system. The addition of this log barn made it possible to create such a facility. Combining the best of the old and new, the lower level of the 48’ x 48’ structure was built as the new meeting room equipped with water, electricity, and indoor plumbing for restroom facilities. The upper level of the barn utilized the original white oak logs and is used for early 1800’s pioneer era education.

In 1996, the barn was enlarged, doubling its size on the lower level and adding a gift shop to the upper level. The gift shop was renamed to serve as the Village Mercantile which is the main source of funds raising for the Fowler Village Folk, Inc. In 2001, the log barn was officially renamed the C & M Fox’s Barn in honor of Conrad and Marie Fox, two long-time volunteers in Pioneer Village. 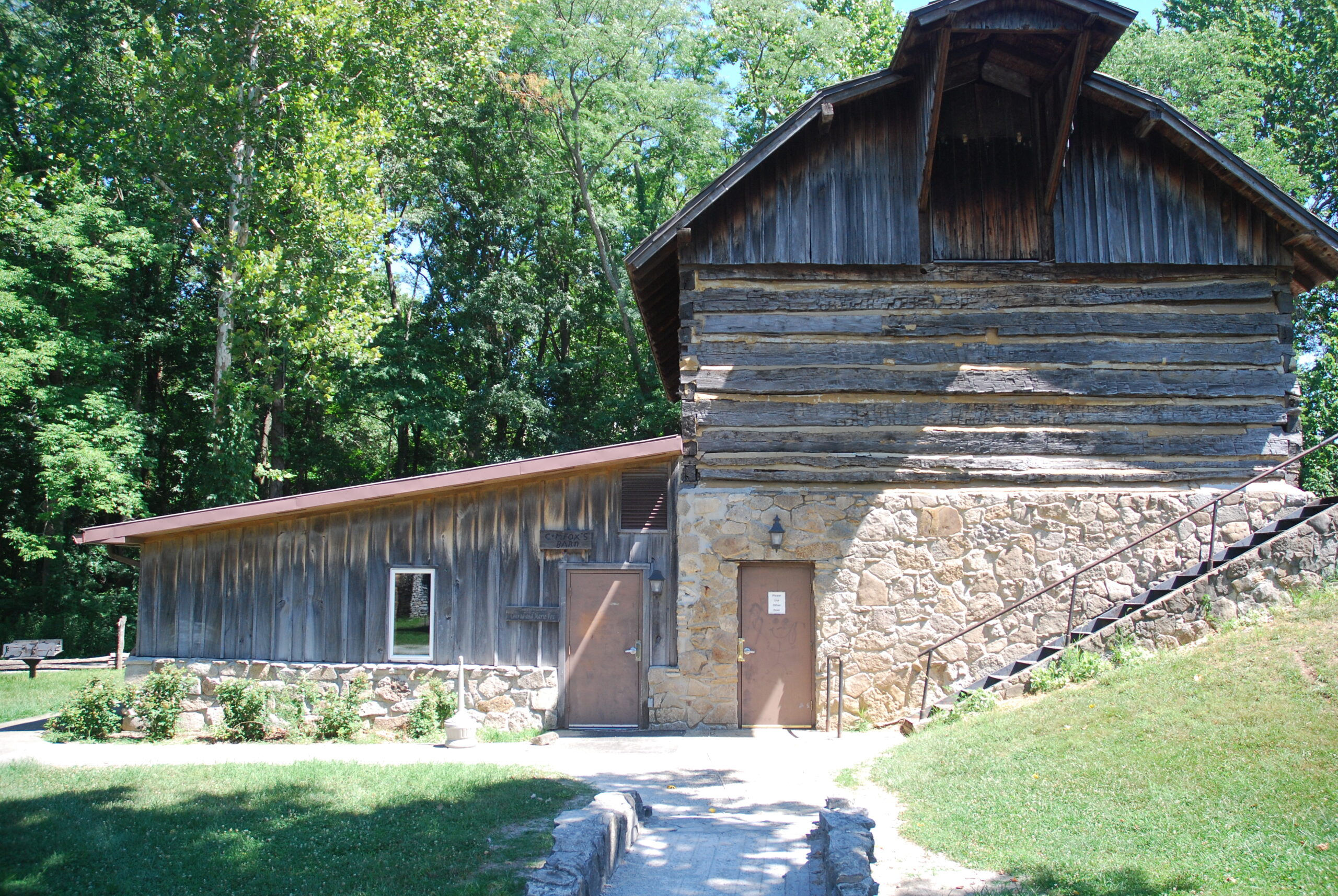 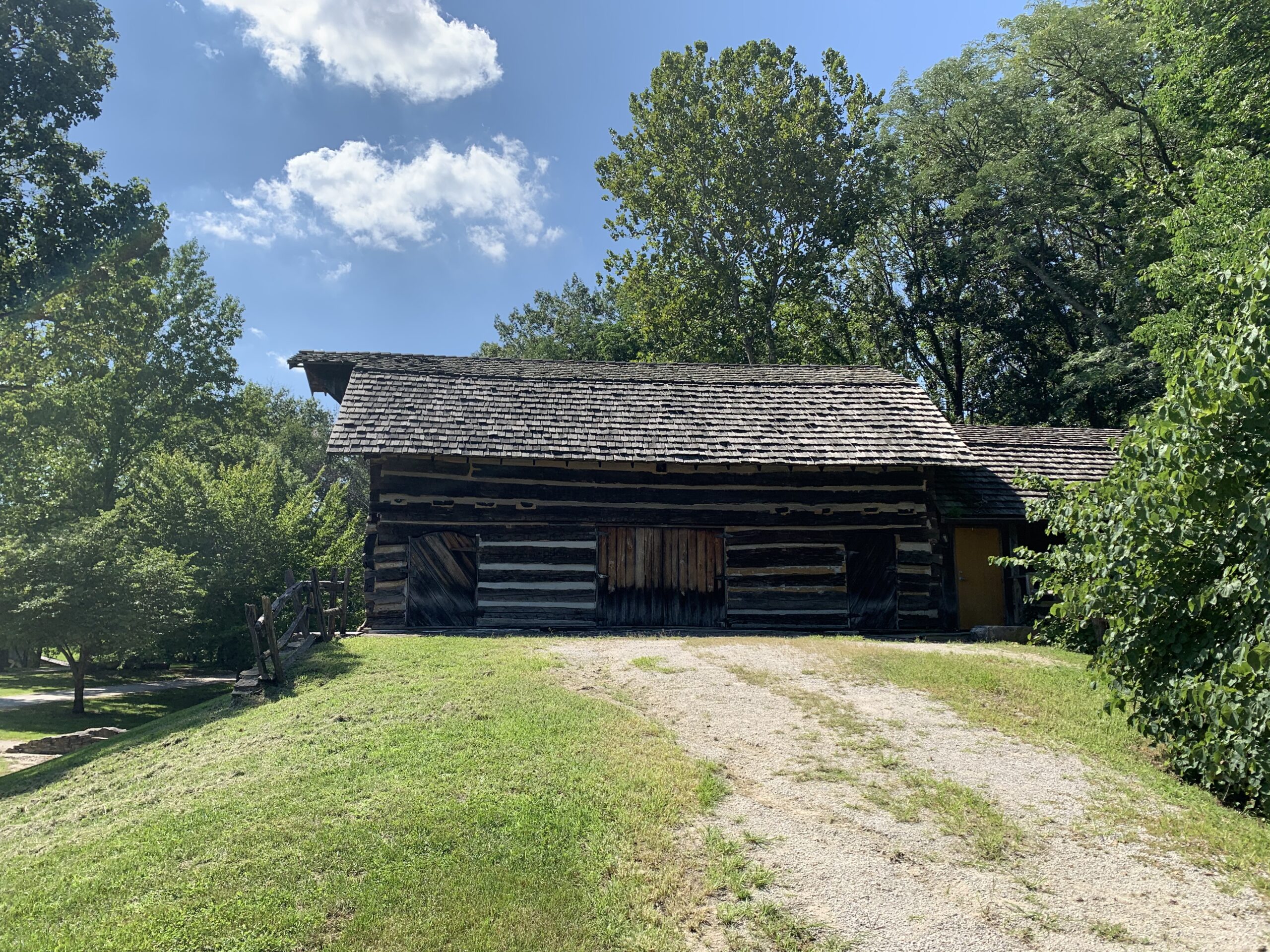 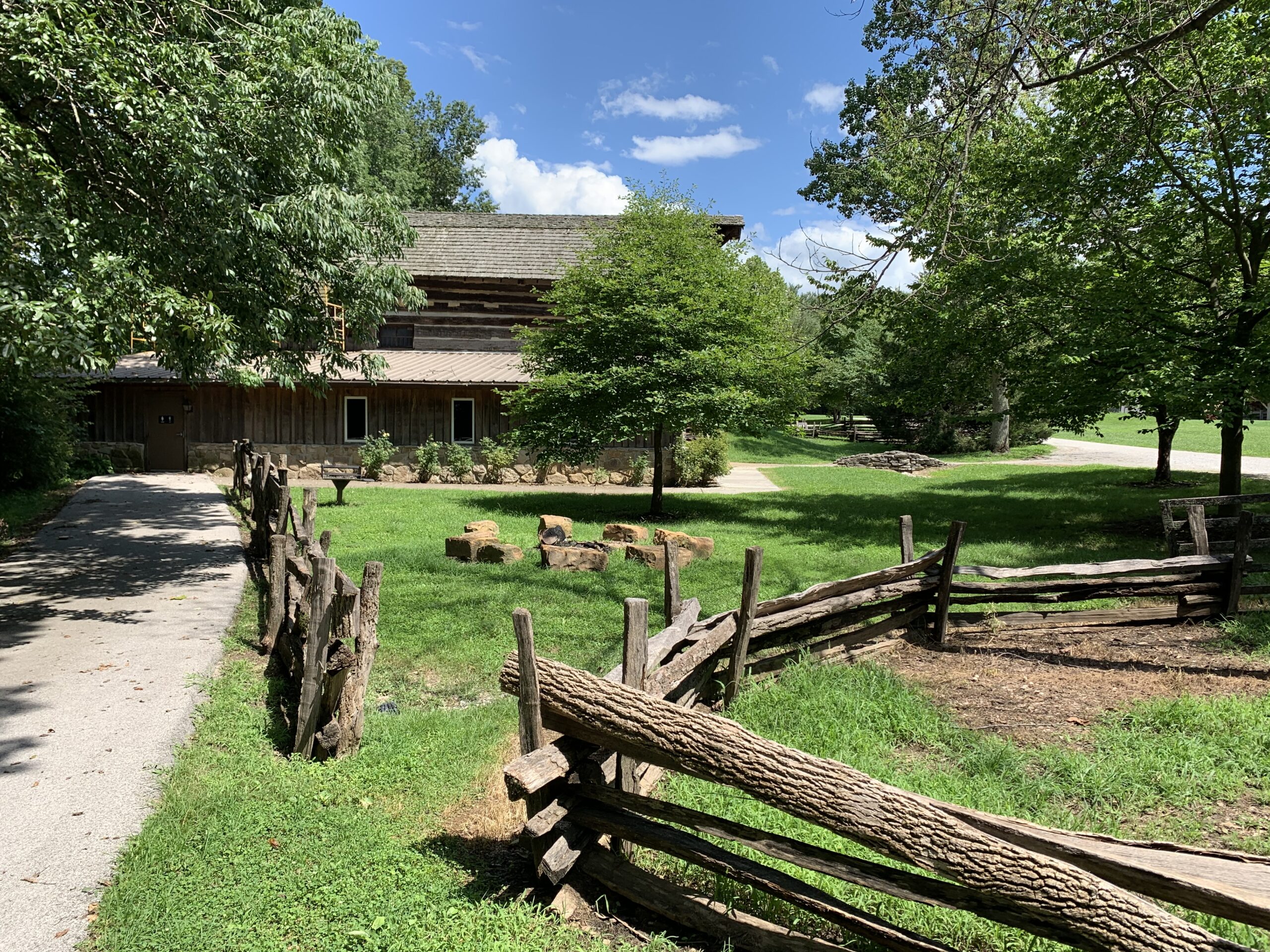