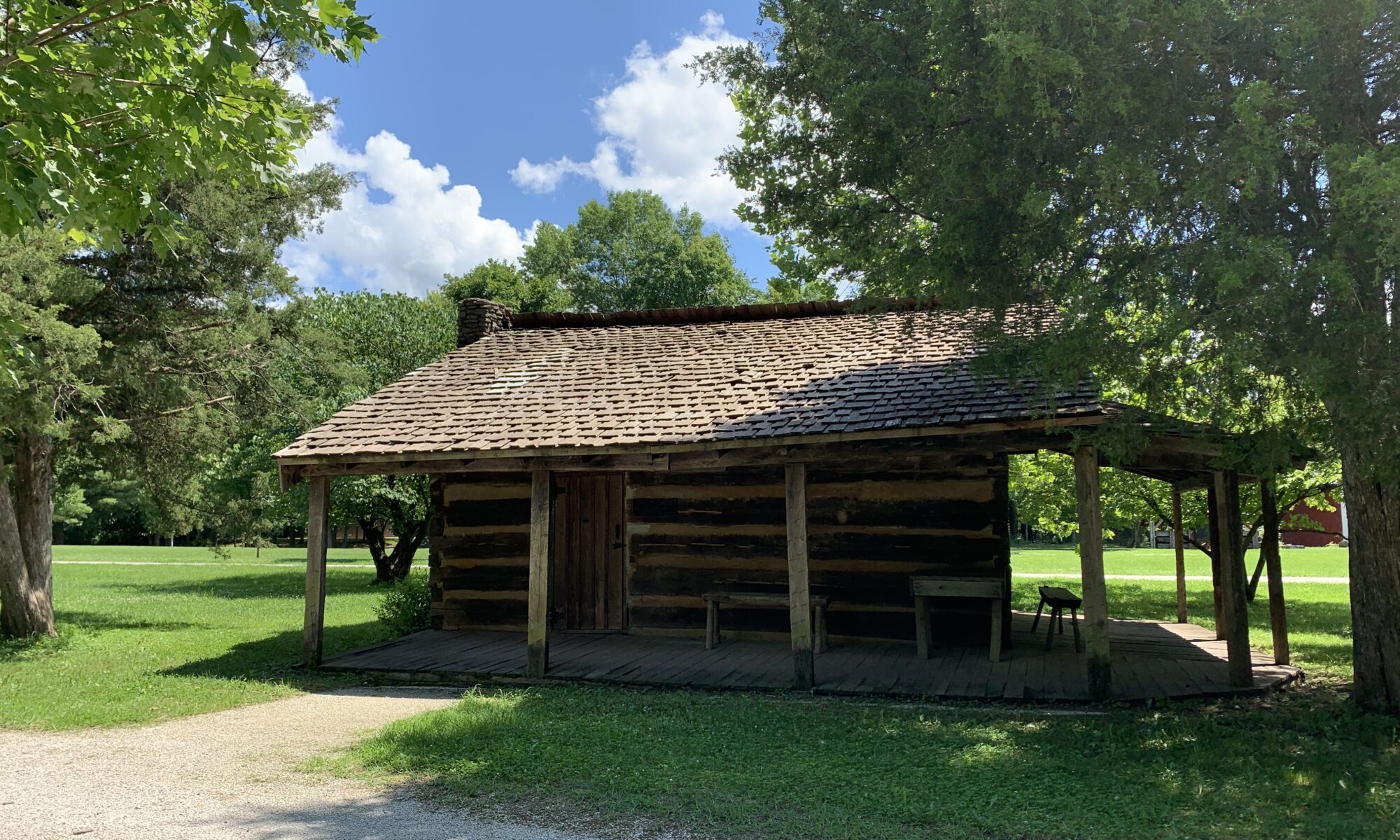 The Graber Cabin was built on land in Bogard Township, Daviess County, IN (east of Montgomery). The land was originally purchased from the U.S. government in October 1839, by John Grooms, a resident of Adams County, Ohio. The cabin was probably built in the mid 1800’s as a home. Through the years, the land and cabin changed hands several times. Then in 1932, it was purchased by Joel Graber.

The cabin was constructed with red and white oak logs with half dovetail-notch. Originally, the structure was two stories and had no windows. During a remodeling project, Mr. Graber tore away the back portion of his home and discovered the cabin. He called Mr. Apple, the area conservation officer, who then contacted the Vigo County Park Superintendent, Keith Ruble.

In 1975, the cabin had been dismantled and reconstructed in Fowler Park. During its reconstruction, it was realized that some of the cabin’s logs were not salvageable, so the height of the cabin was reduced and a sleeping loft and windows were added.

For the first few years in Pioneer Village, it was used as town meeting hall, school and church, but it has now returned it to its original purpose, a home. The interior walls of this cabin have been whitewashed by volunteers. Many settlers tired of the dark whitewashed their cabin walls to make it lighter inside. 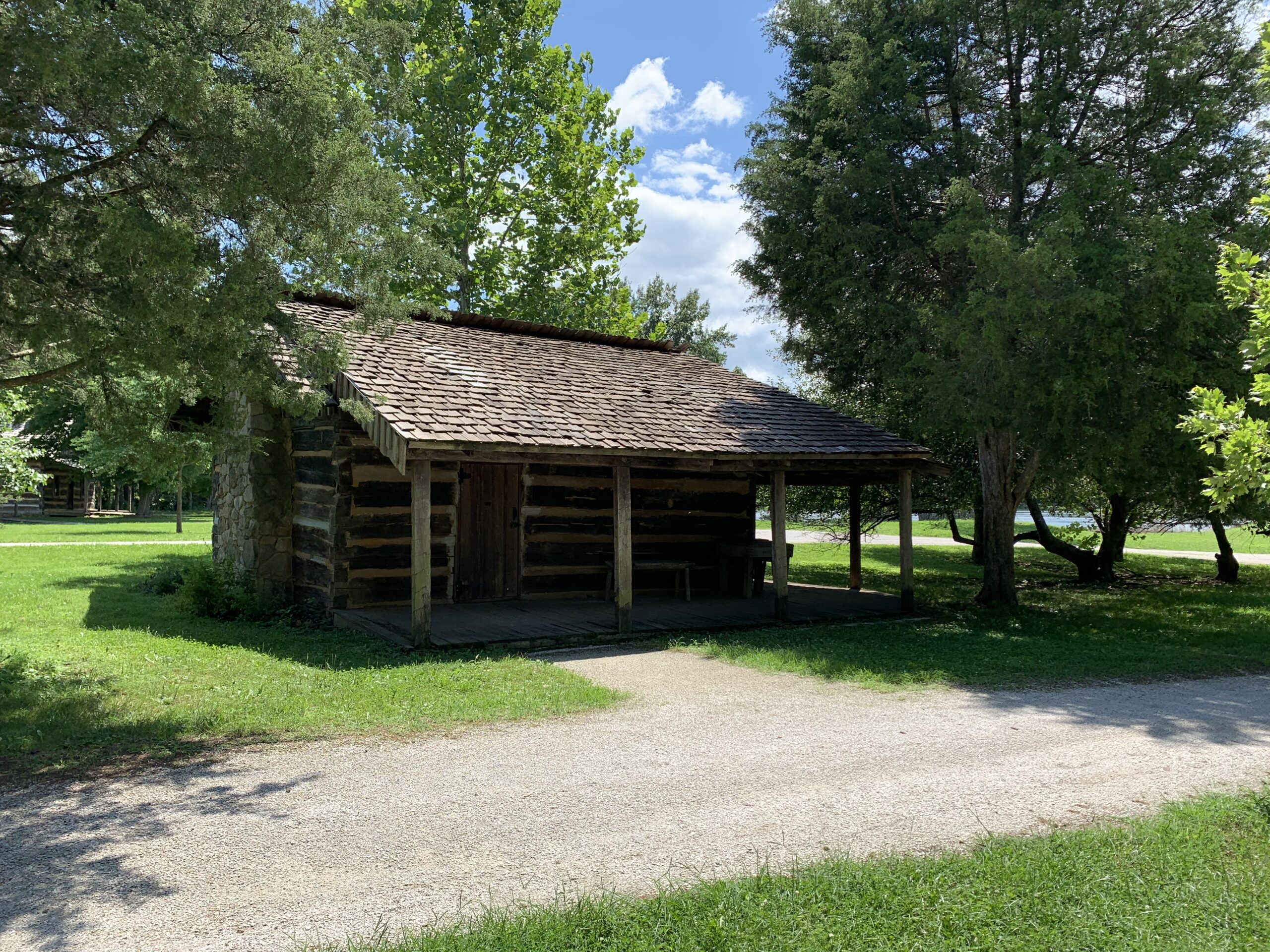