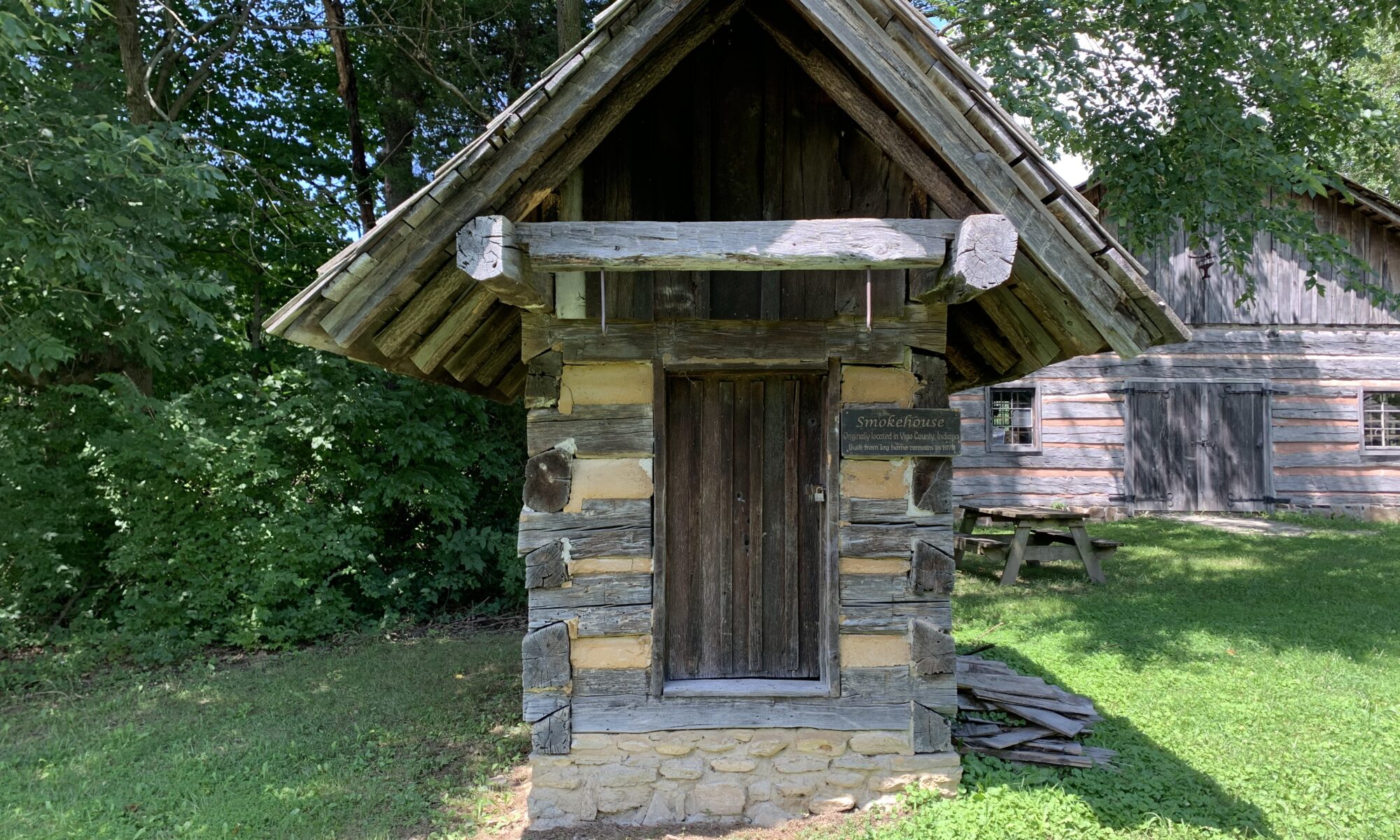 The smokehouse was built from the remains of a log home in Nevins Township, Vigo County, Indiana. It was located east of Fontanet. It is made mostly of beech logs with dovetail notch ends.

The Smokehouse was used for curing and preserving meat. Butchering was usually done in cold weather so the meat would keep longer. The fresh meat would be soaked in brine then wrapped in burlap and hung to cure. It took about 7 days to cure one inch of meat. If meat was to be used for jerky it would be sliced very thin soaked in a spice solution and smoked. Unfortunately, in the pioneer era, many people had tapeworms from eating meat that was not fully cooked. 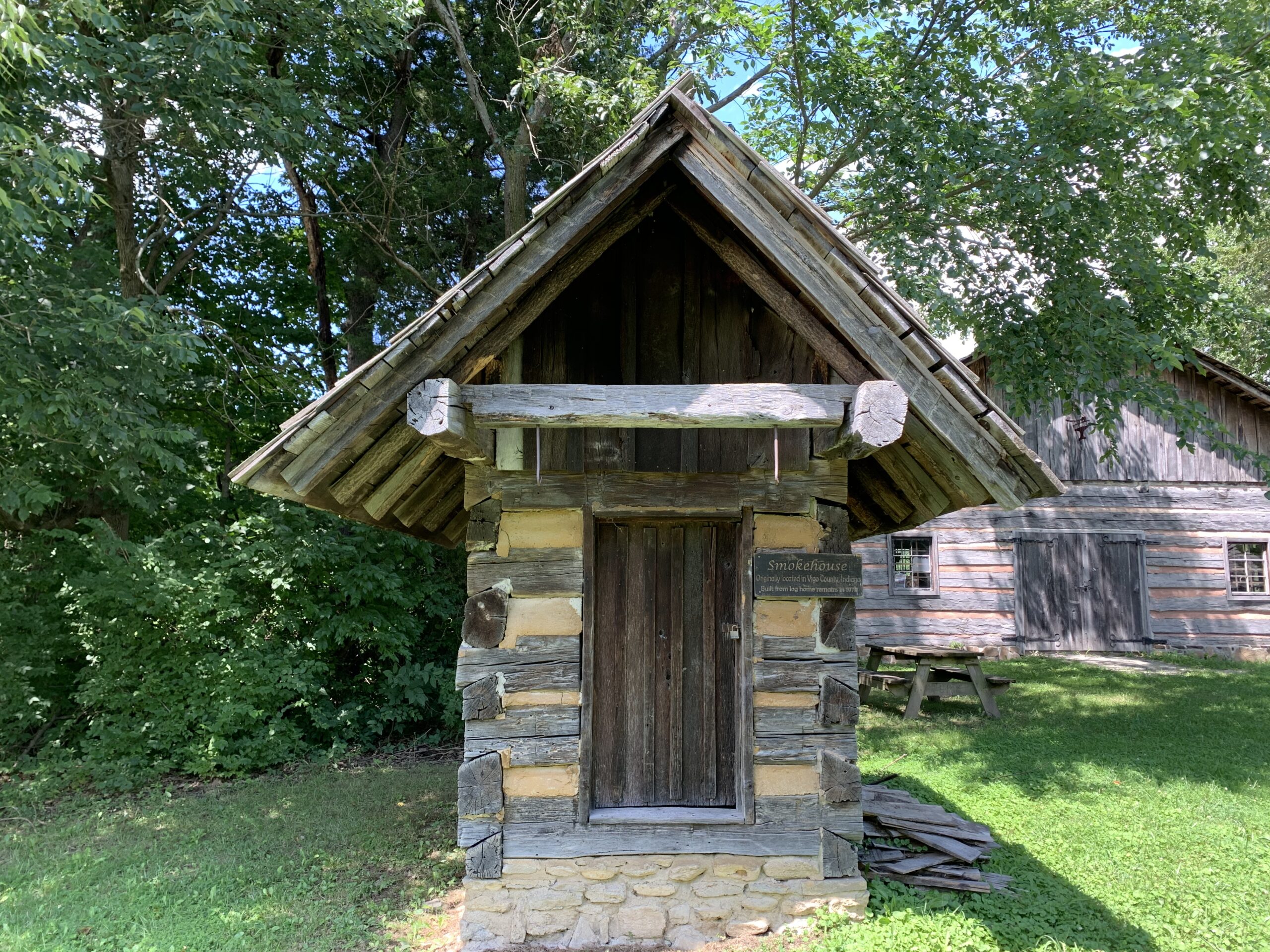 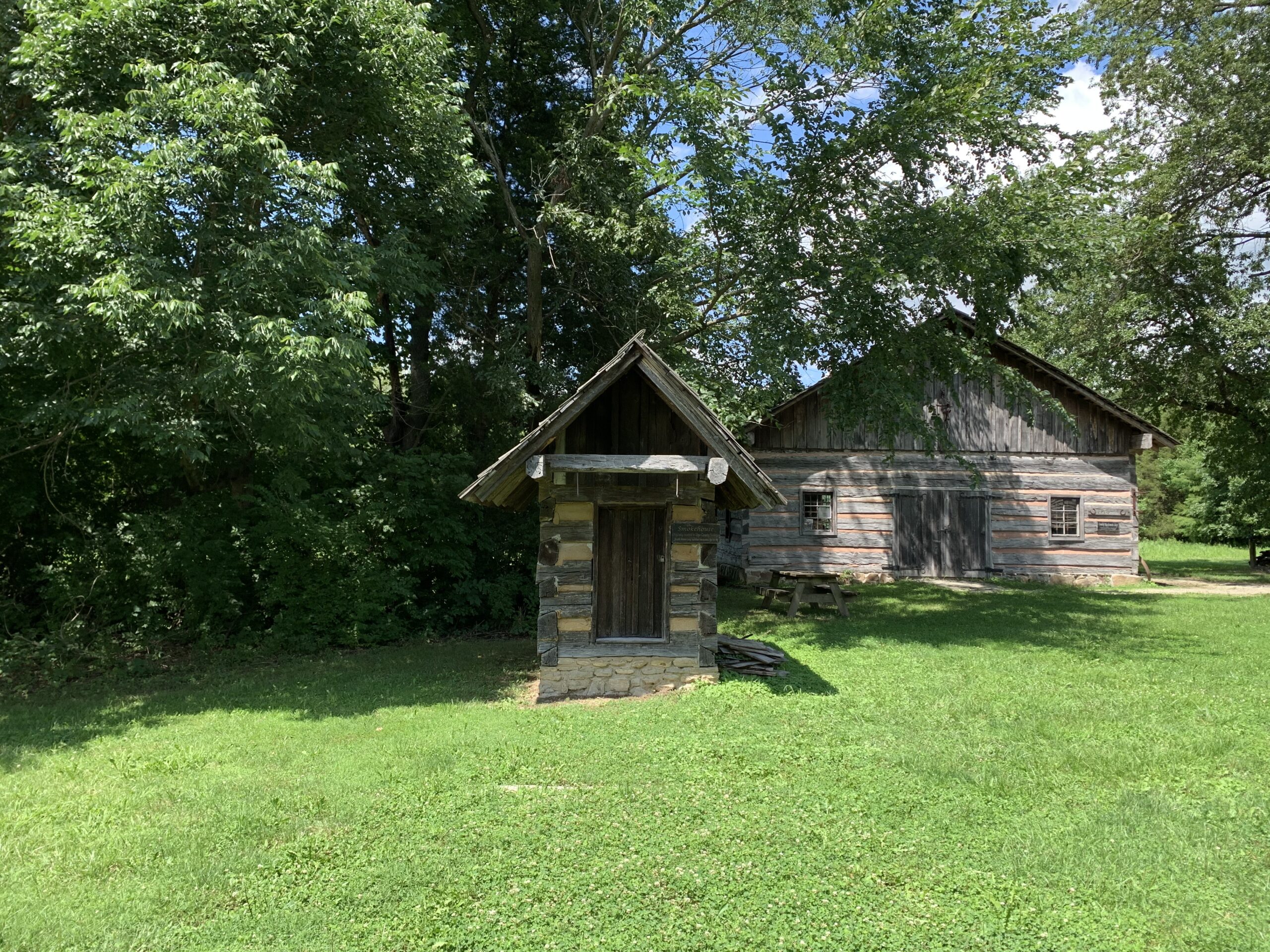