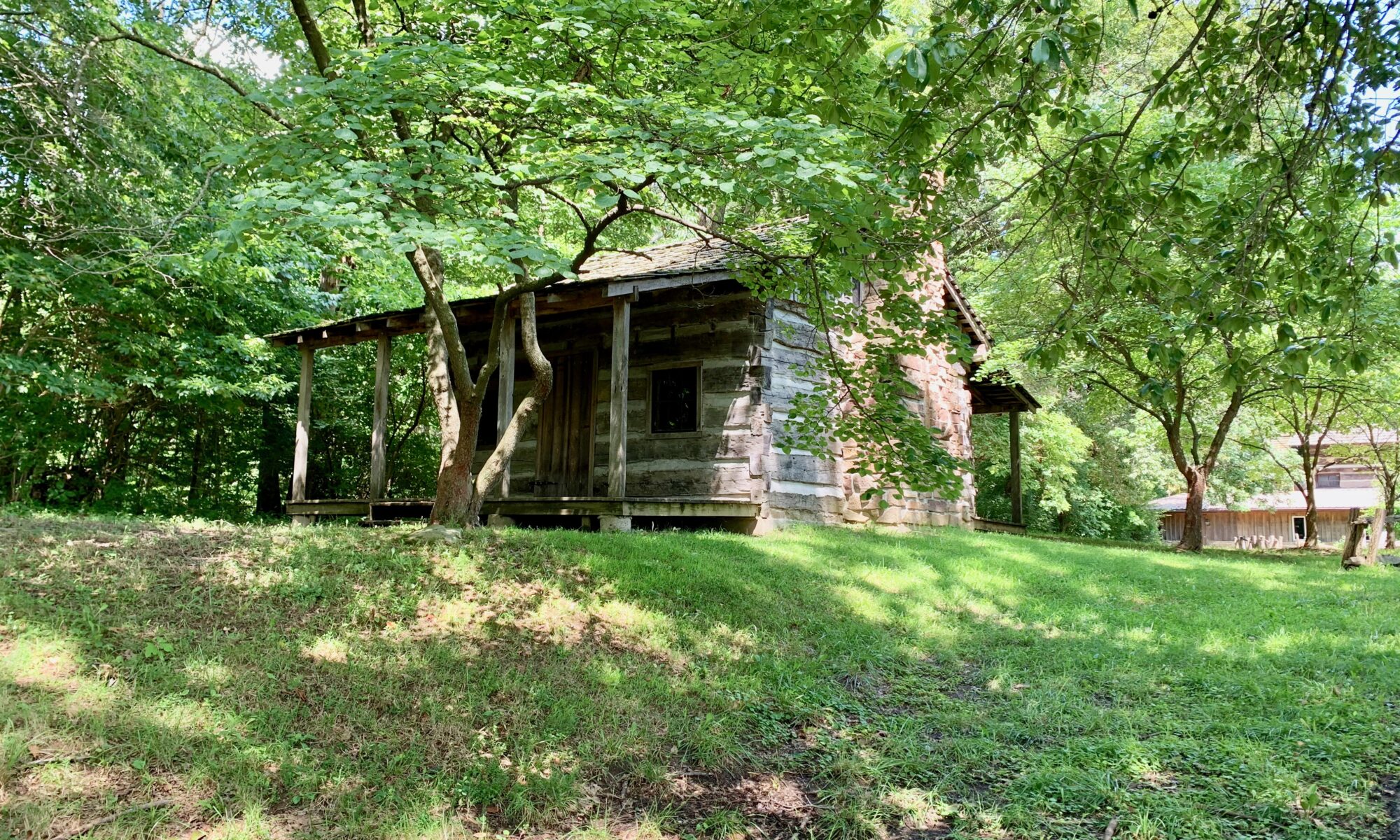 The Laura Cabin was originally located in the Goose Pond area south of Linton, Greene County, Indiana. It dates roughly to around the mid-1800’s. Original hand hewn logs are white oak and yellow poplar. The cabin was discovered in 1993 by Larry and Penny Cornelius of Dugger, Indiana and had been found underneath additions made to the original structure which was in a state of near ruin. After purchasing the cabin, the family spent almost two years moving, then restoring it, and turning it into a craft shop on State Road 54, slightly east of Dugger.

In November 2006, Joyce Lakey of Terre Haute, Indiana and her friend Sara McCrocklin of Paris, Illinois noticed that the cabin was for sale and asked Vigo County Park Superintendent, Keith Ruble, to examine it with the possibility of acquisition. The Corneliuses were agreeable because they were assured that it would be given to the Fowler Park Pioneer Village.

Ms. Lakey purchased the cabin in December 2006 and donated it to Fowler Park in memory of her daughter Laura Aileen Shanks (1963-1965), her son William Michael Shanks (1957-2006) and her granddaughter, Laura Marie Shanks (1986-2006). Having two very young deceased Lauras in her family led to the naming of the cabin.

The cabin was transported and reassembled in Pioneer Village in 2008. It is 19 x 19 feet and has a stairway leading to a full upstairs. The handsome stones forming the outside of the fireplace originated in a quarry north of Mansfield, Indiana. The original inside fireplace field stones came from the cabin when it was purchased for Fowler Park in 2006, at which time they formed the outside chimney. The donated mantle is cherry, as are the boards which form the wall above the chimney. It is the only cabin in the village with a front and back porch.