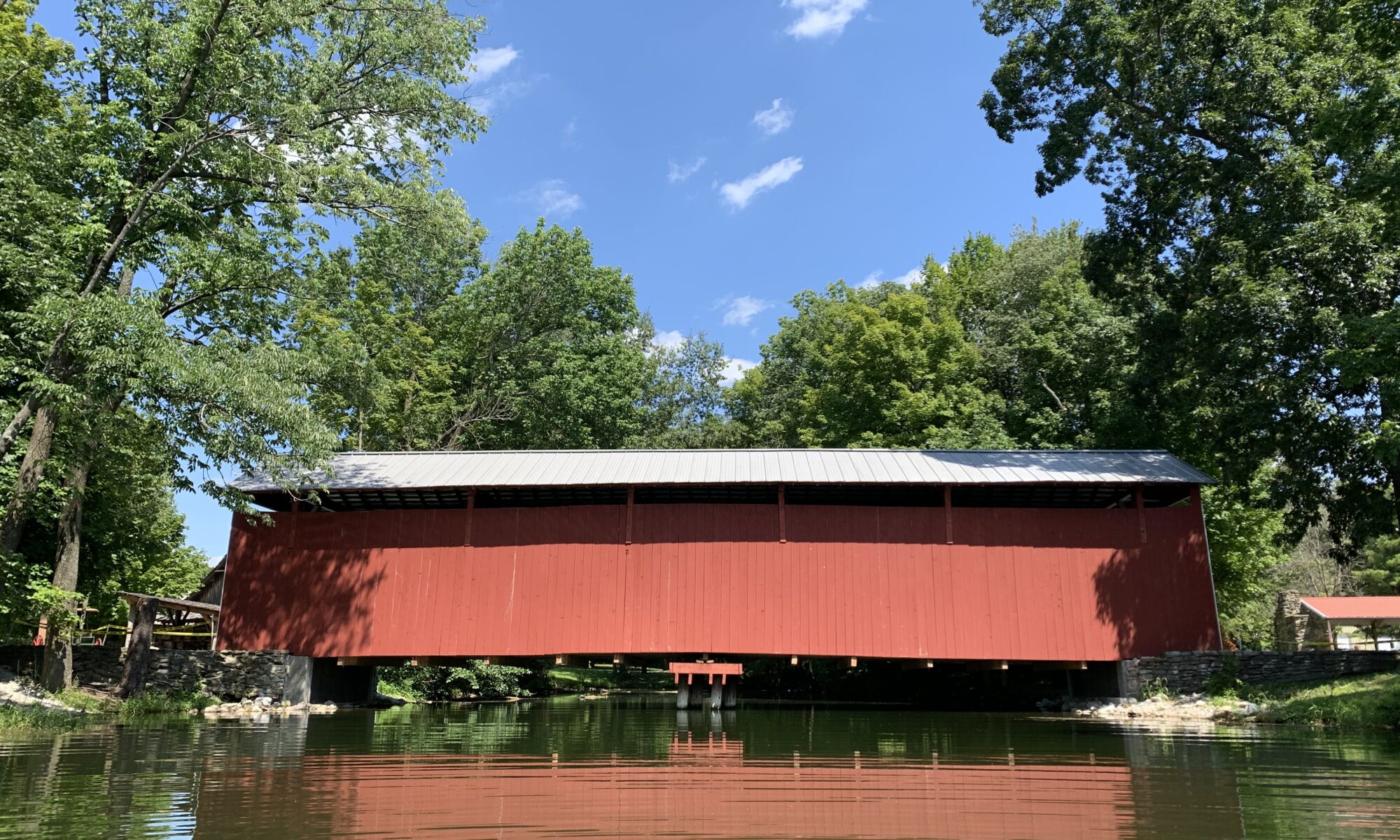 The Irishman’s Bridge was originally located over Honey Creek on Ferree Road northwest of Riley, Vigo County, Indiana. C.W. Bishop built the bridge in approximately 1847. The Irishman’s Bridge is a single span modified queenpost truss structure that spans 85 feet and is 14 feet wide and 13 feet high. The bridge was built using heavy oak and poplar with steel reinforcement rods. The original poplar siding of the bridge was replaced with pine.

In its original location, vandalism was causing much damage to the bridge and costing the county to keep it repaired. As it is the last covered bridge left standing in Vigo County, a decision was made to move the bridge to a place where it could be protected. Funds were raised by the Girl Scouts, Vigo County Historical Society, area residents and employees of Columbian Enameling and Stamping Company to move the bridge to Fowler Park in 1971. It was placed in the park where it crosses a section of Ruble Lake so it retains its original purpose of passage over water.

After over thirty years of the bridge standing in its current location, it became apparent the bridge was in need of restoration. In 2019, Vigo County Parks and Recreation Department hired well-known covered bridge engineer, Dan Collom of Square and Level Construction, to repair and restore the bridge. The restoration of the Irishman’s Bridge was going to be a significant financial endeavor. On November 19, 2019 the National Society for the Preservation of Covered Bridges presented the Vigo County Parks and Recreation Department with a $10,000 donation for the restoration efforts on the bridge. In September 2020, the Irishman’s Covered Bridge restoration was complete and reopened for the community to walk across and enjoy for years to come.

Where did the Irishman’s Covered Bridge get its name? Well, the story goes that Adolphus Erisman owned the land on the side of the bridge where it originally stood over Honey Creek, and Hoosier dialect being what it is, Erisman soon turned into Irishman.

According to local historians, the Irishman’s Covered Bridge is the only covered bridge where a baby was born. Due to ongoing rainy weather the completion of the bridge had been delayed. When workers returned to work on the bridge they found a woman had just given birth to a baby using the covered bridge for protection from the inclement weather. Workmen are said to have postponed the completion of the bridge until the family was able to move on safely. 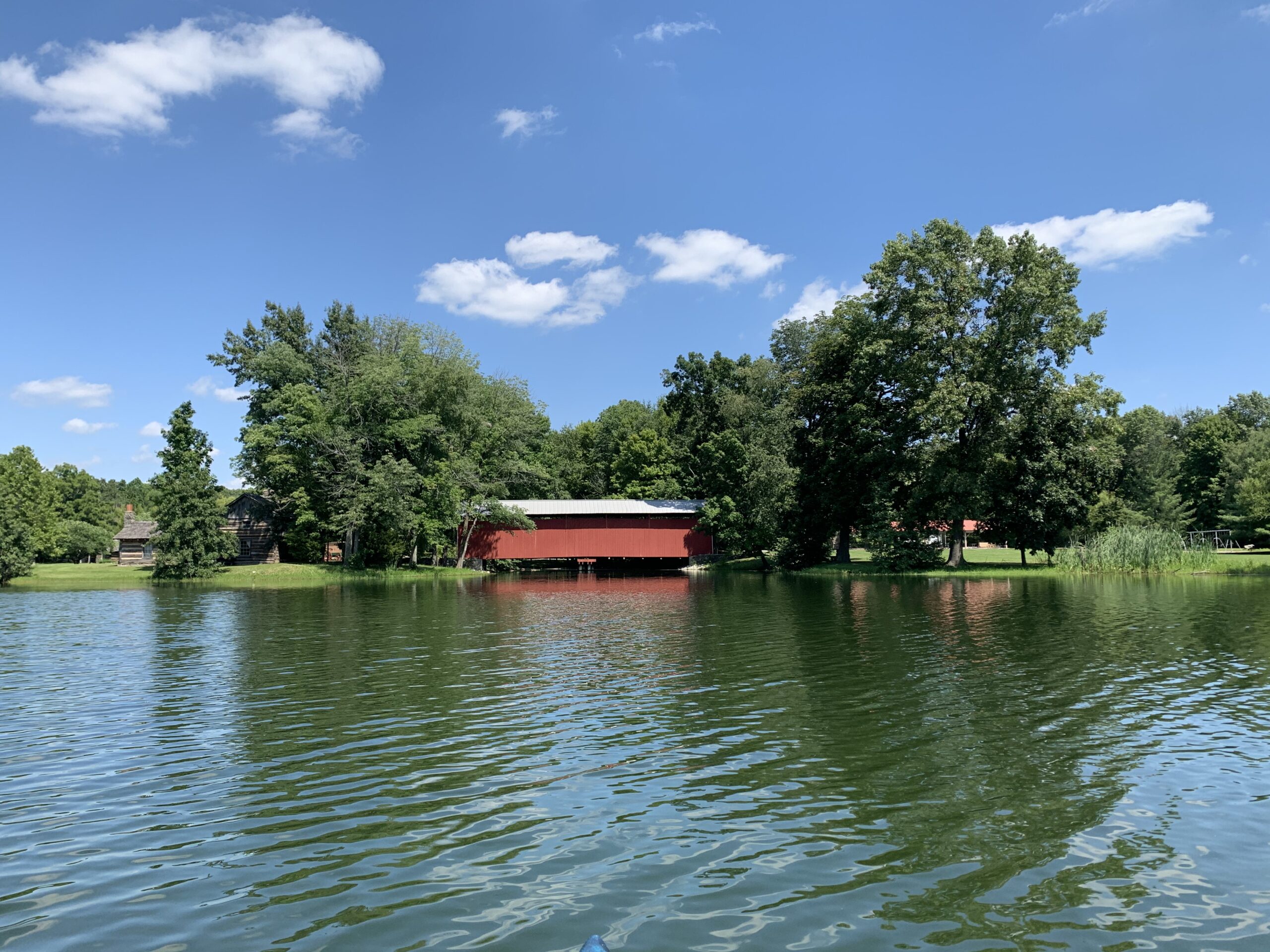 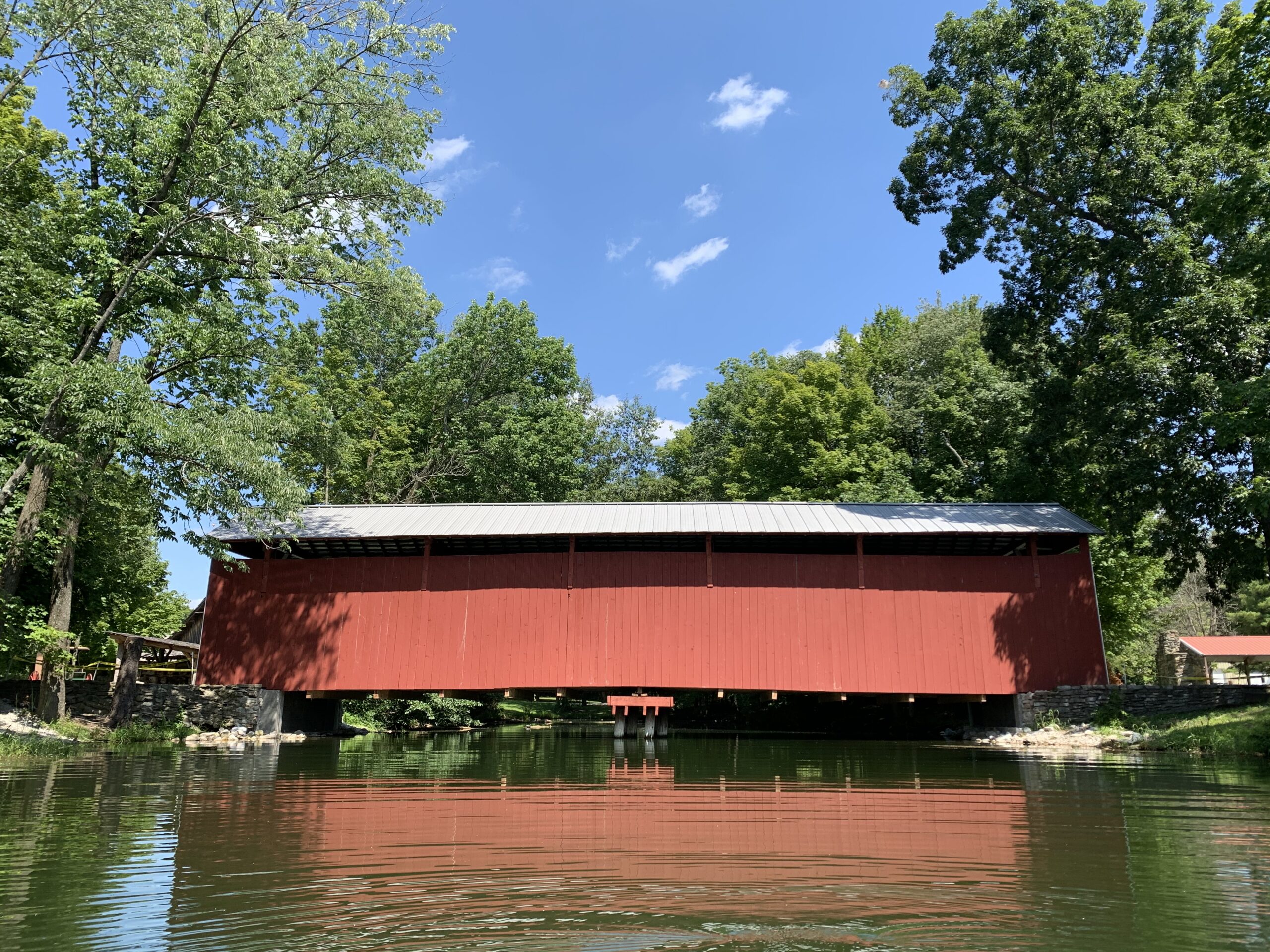 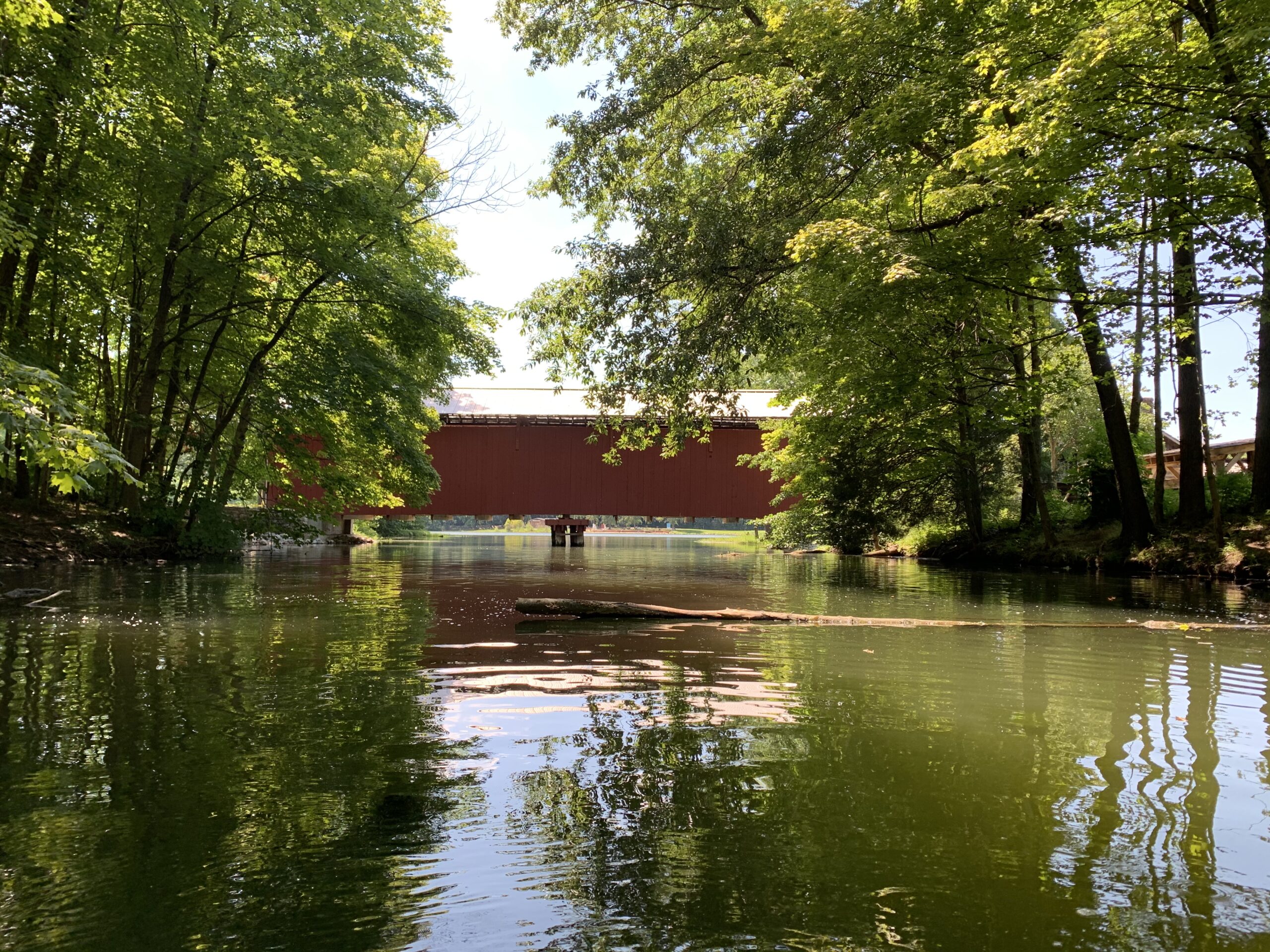