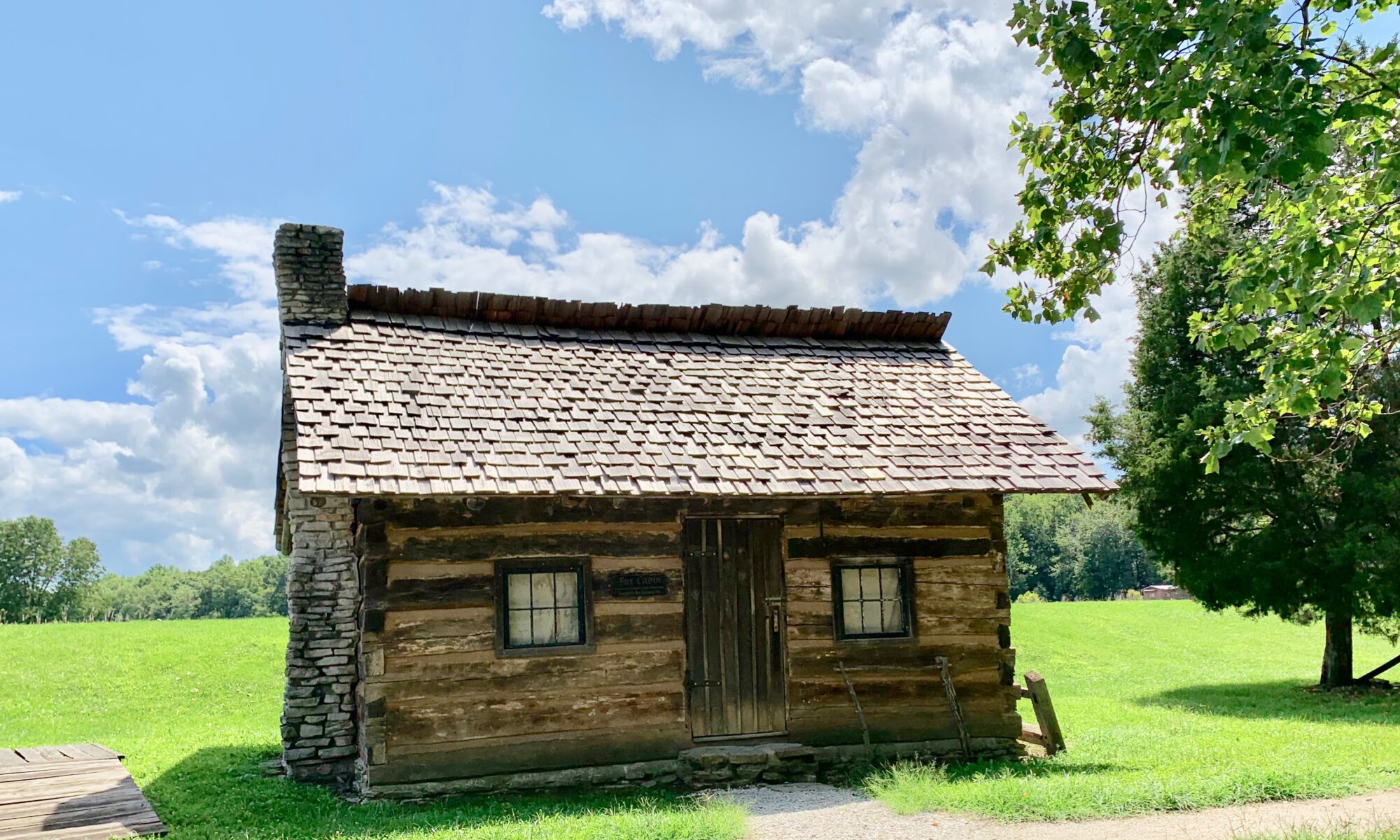 This cabin was originally located in Newberry, Green County, Indiana. It is believed to have been built in the early 1800’s and is an example of an original early log structure. The actual date the structure was built is unknown. It has been used as a feed room in a large shed, which protected it from the elements. There are holes bored in the back wall for a frame for making walking canes.

The roof is typical of pioneer construction. Pole rafters and horizontal ties provide support for the shake shingles. Because of the arrangement of the shingles, the roof had holes which permit sunlight and rain in, but also lets the heat out.

Roy Malone from Newbury, Indiana donated the cabin to the Vigo County Parks and Recreation Department and was torn down by park employees and brought to Fowler Park where it was reassembled in Pioneer Village in 1987. When assembled, a fireplace and loft were added. This cabin first served as the Gunsmith Shop of Pioneer Village but was later repurposed as the Fur Traders Cabin. 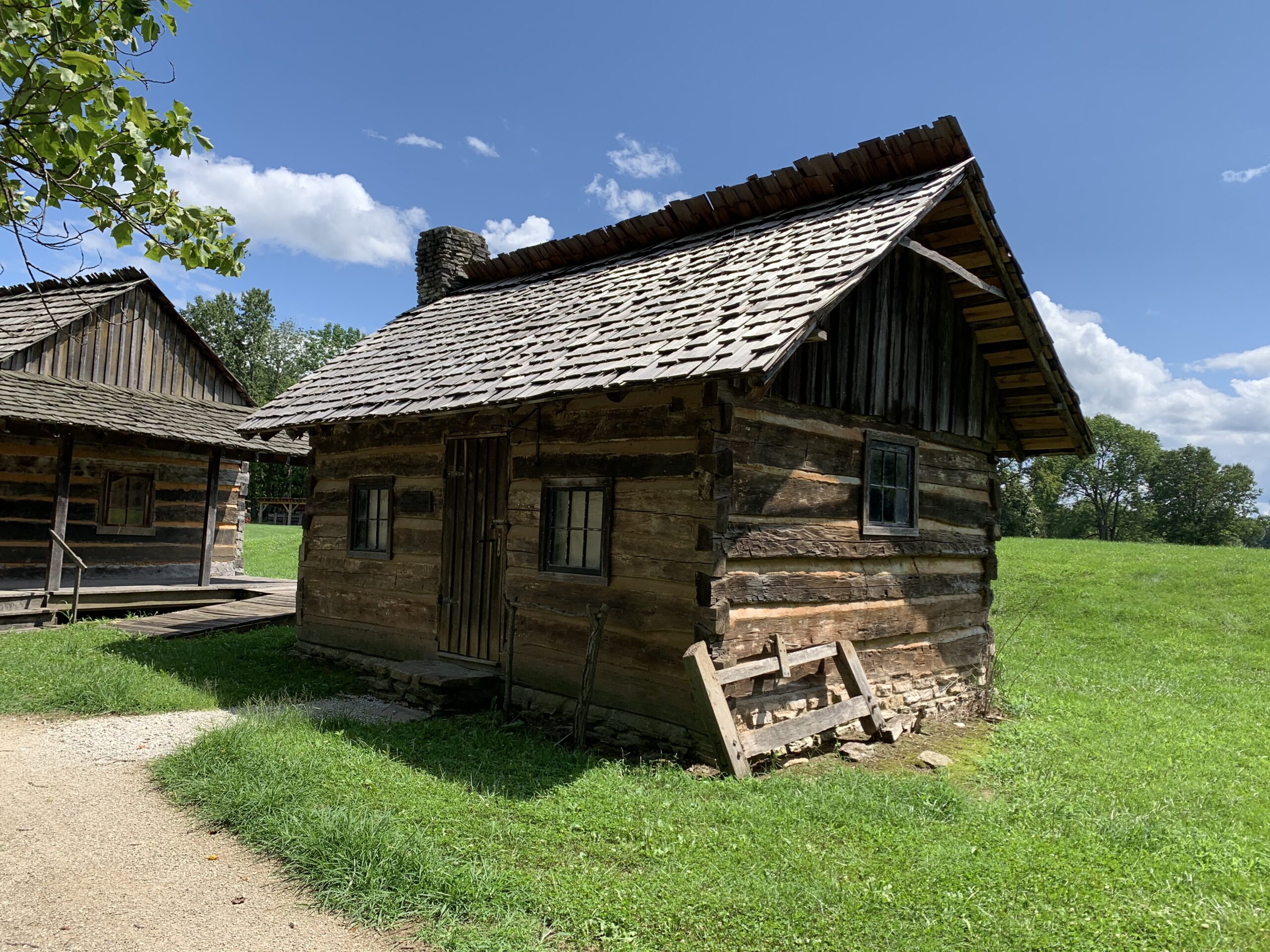