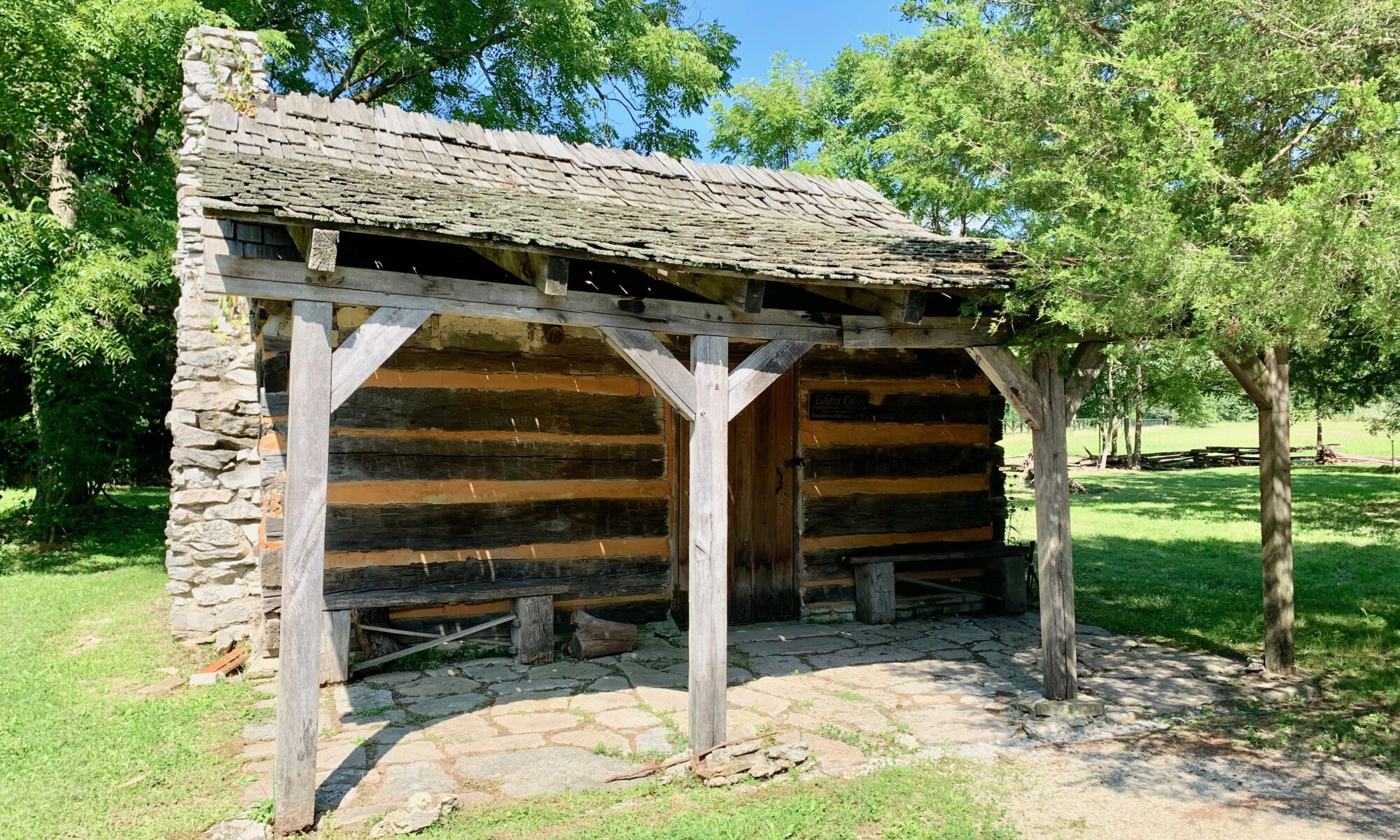 The Lidster Cabin was originally located in Riley, Indiana near the railroad tracks about a block and a half from the old Wabash Erie Canal. It was built in the early 1800’s on land deeded to John Jackson from a U.S. land grant.

The cabin was built using oaks logs with half dovetail notch. It is thought to be the oldest cabin standing in today’s Pioneer Village due to the plugged openings found in the east wall of the cabin. These plugged openings were used for proactive purposes either from people or animals. Guns would be laid in the openings and fired as needed. Since relations with Native Americans in this area became peaceful in 1822, it is believed this cabin was built prior to that tie. The port holes and construction style of the cabin indicate the early date. The cabin had a dirt floor and is the only cabin in the village without any windows.

Ben Lidster owned and lived in the cabin since 1935 where, throughout the years, extensions and modernizations to the structure had been added including siding, summer kitchen, storm windows and a small front porch. In August 1973, Lidster donated the cabin to the Vigo County Parks and Recreation Department. The Terre Haute Jaycees and park staff worked together in dismantling the cabin. During the dismantling process, Charles Hord Ray instructed Park Superintendent Keith Ruble in the proper way to mark corner logs so the cabin could be easily reconstructed as the second cabin to be added to the planned Pioneer Village in Fowler Park. The cabin was relocated to Fowler Park where reconstruction of the cabin was completed in 1974 where the 1820’s look was restored. 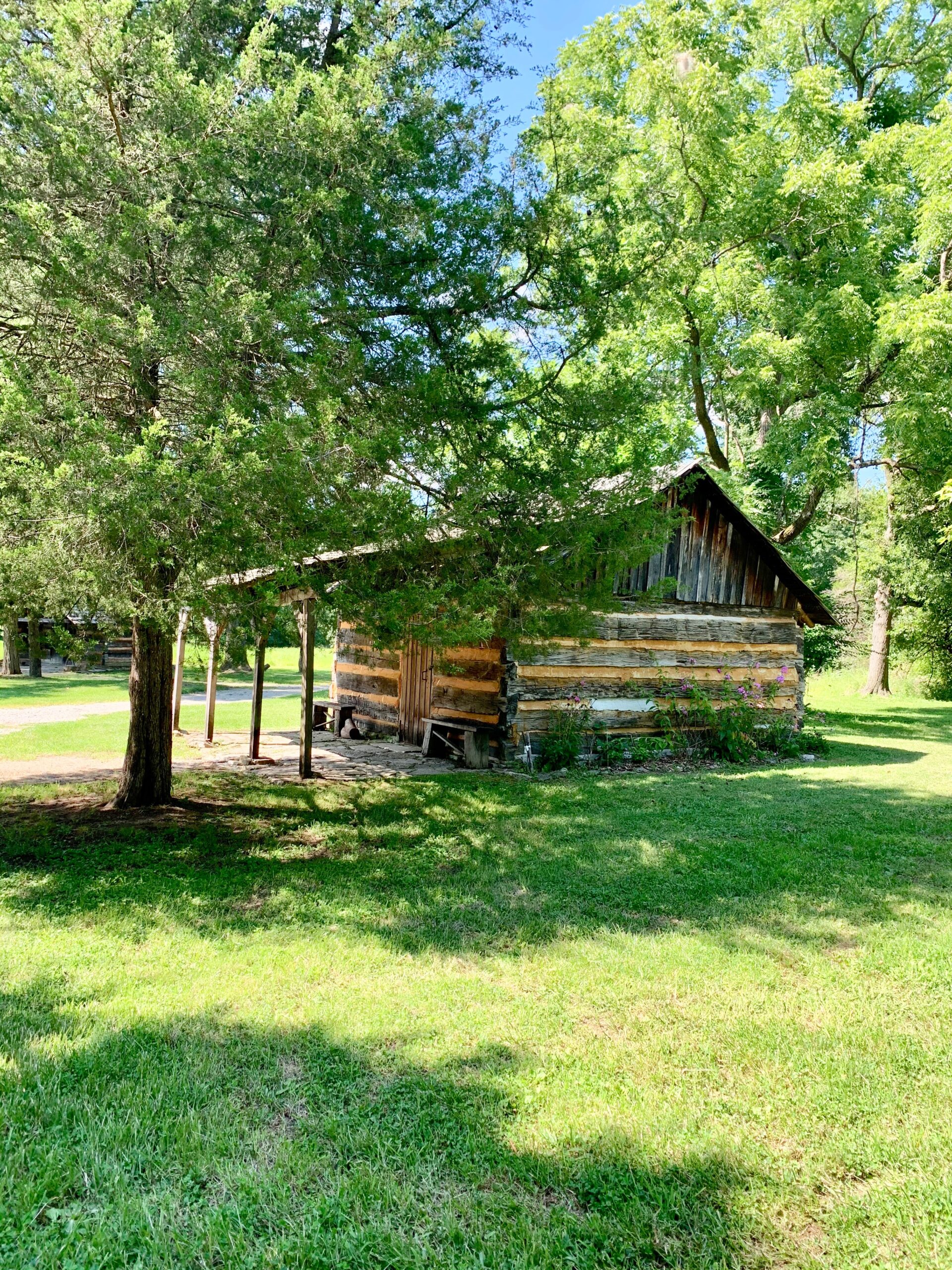 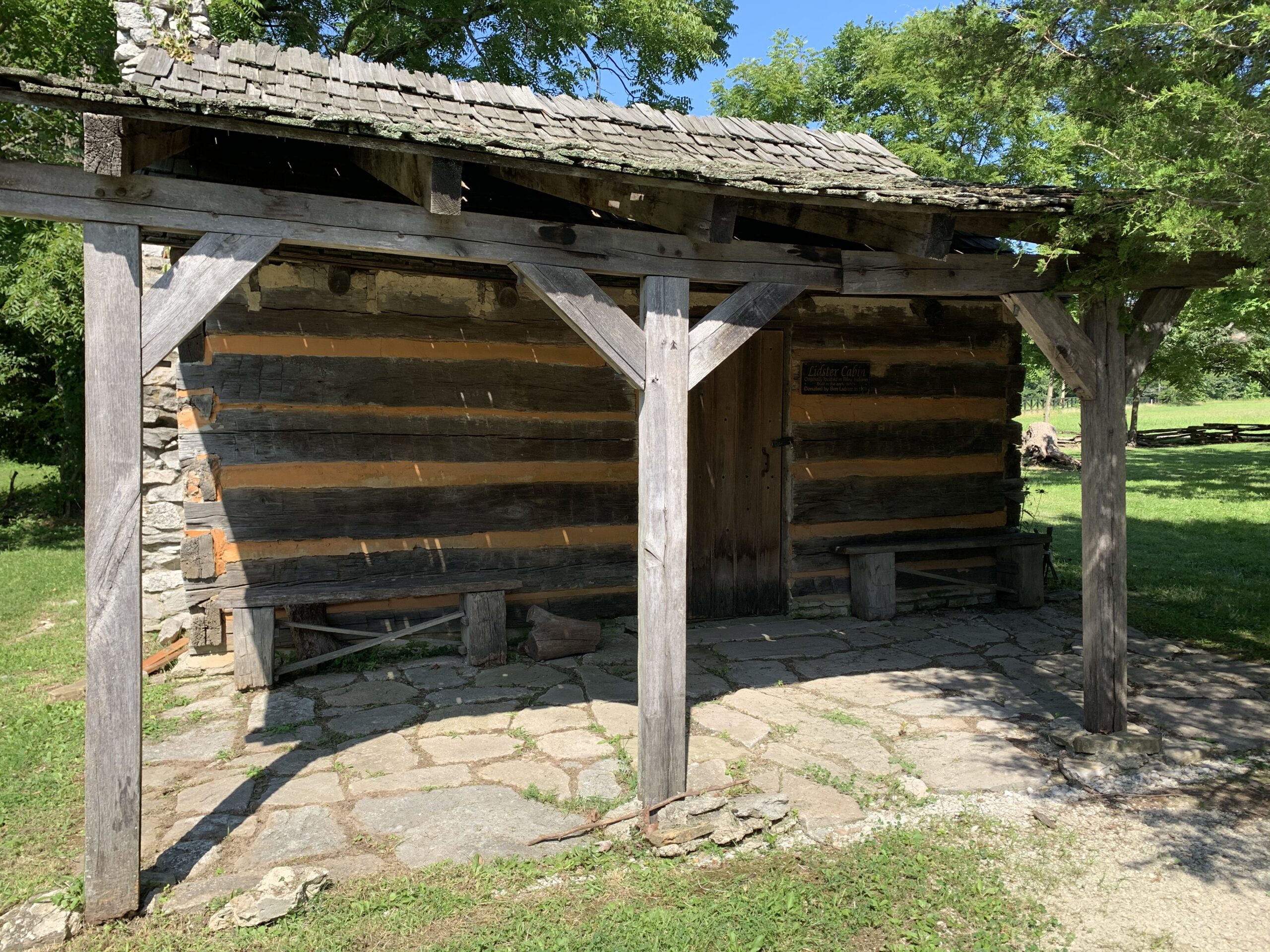 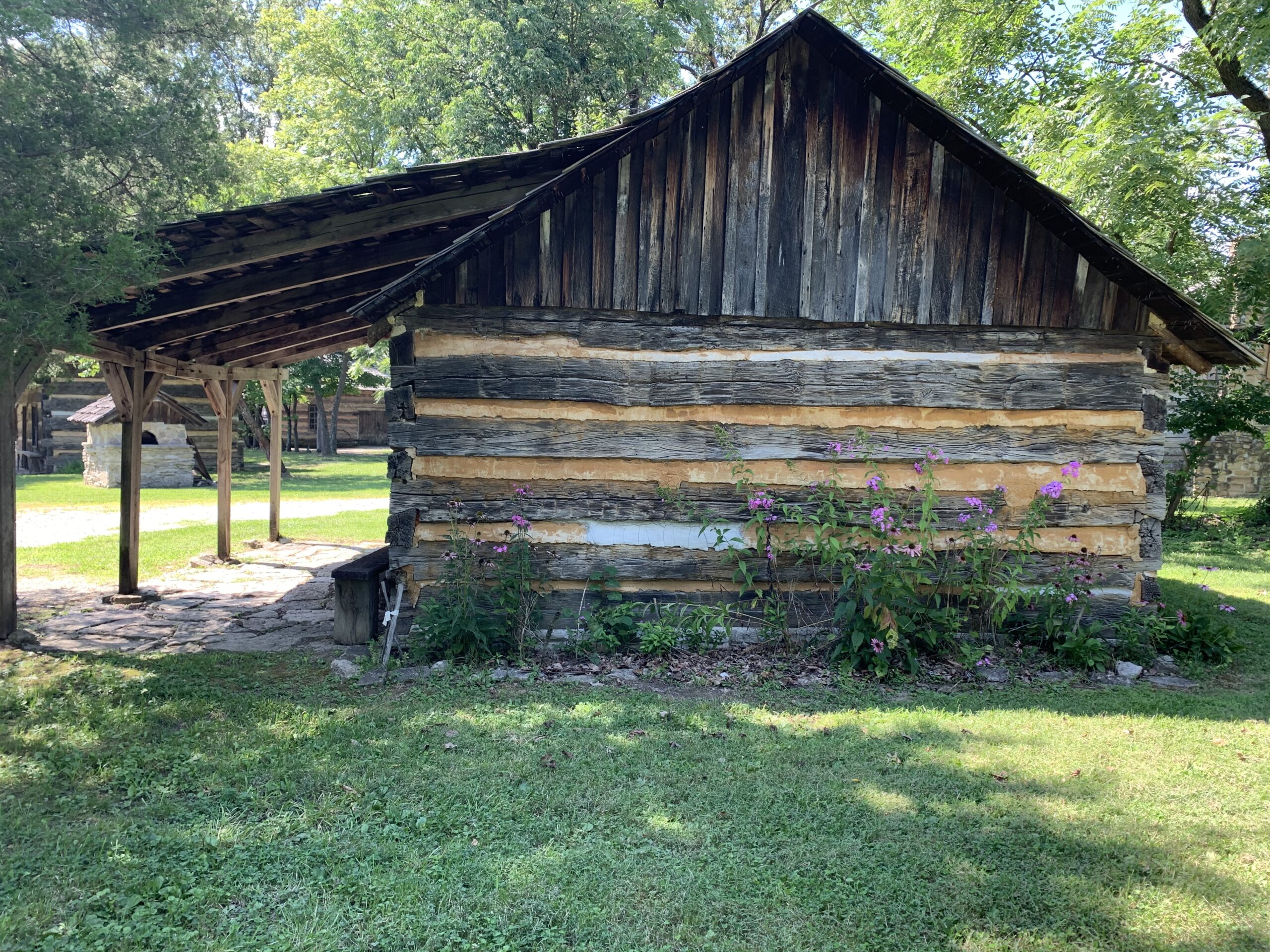 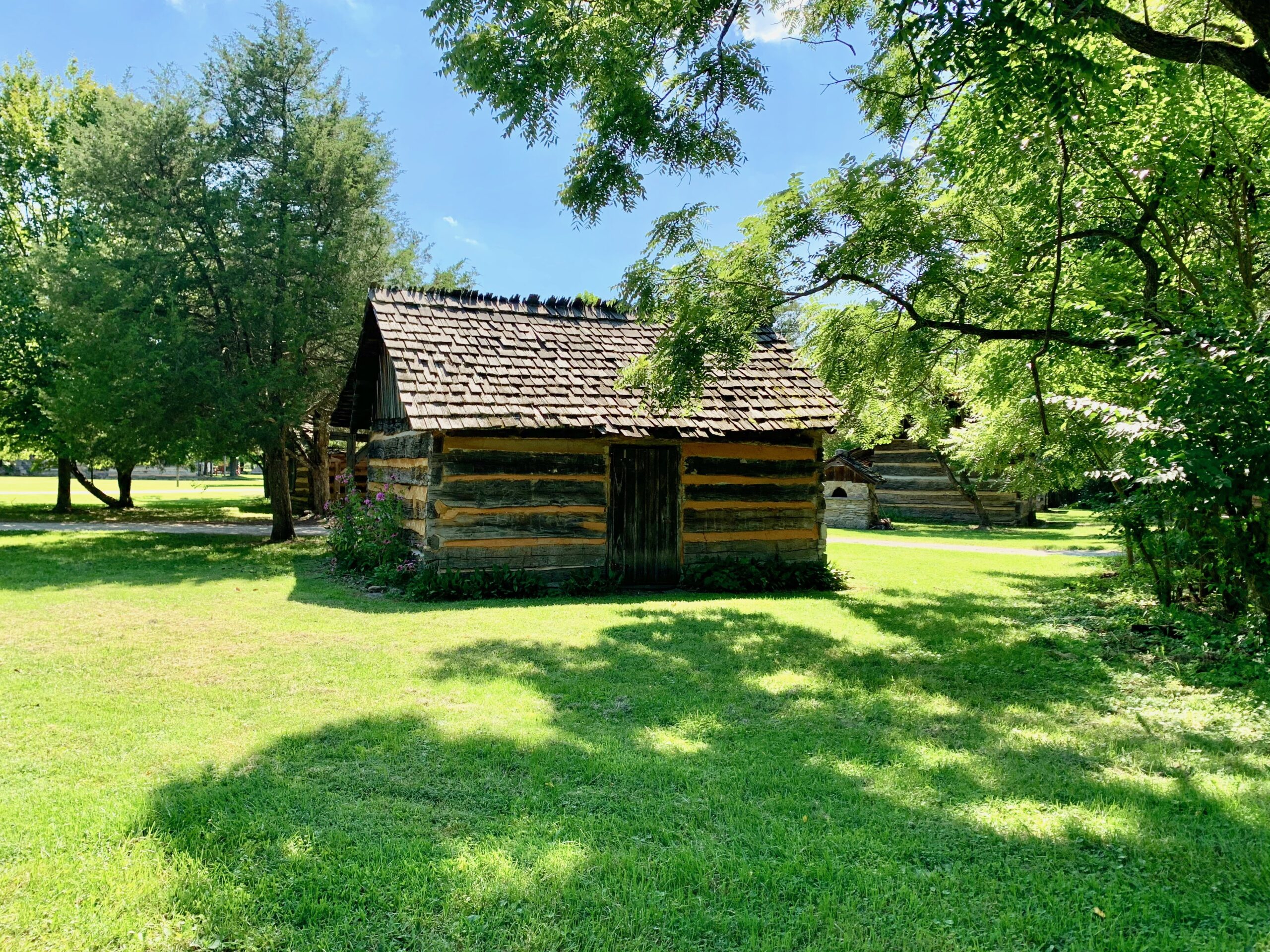