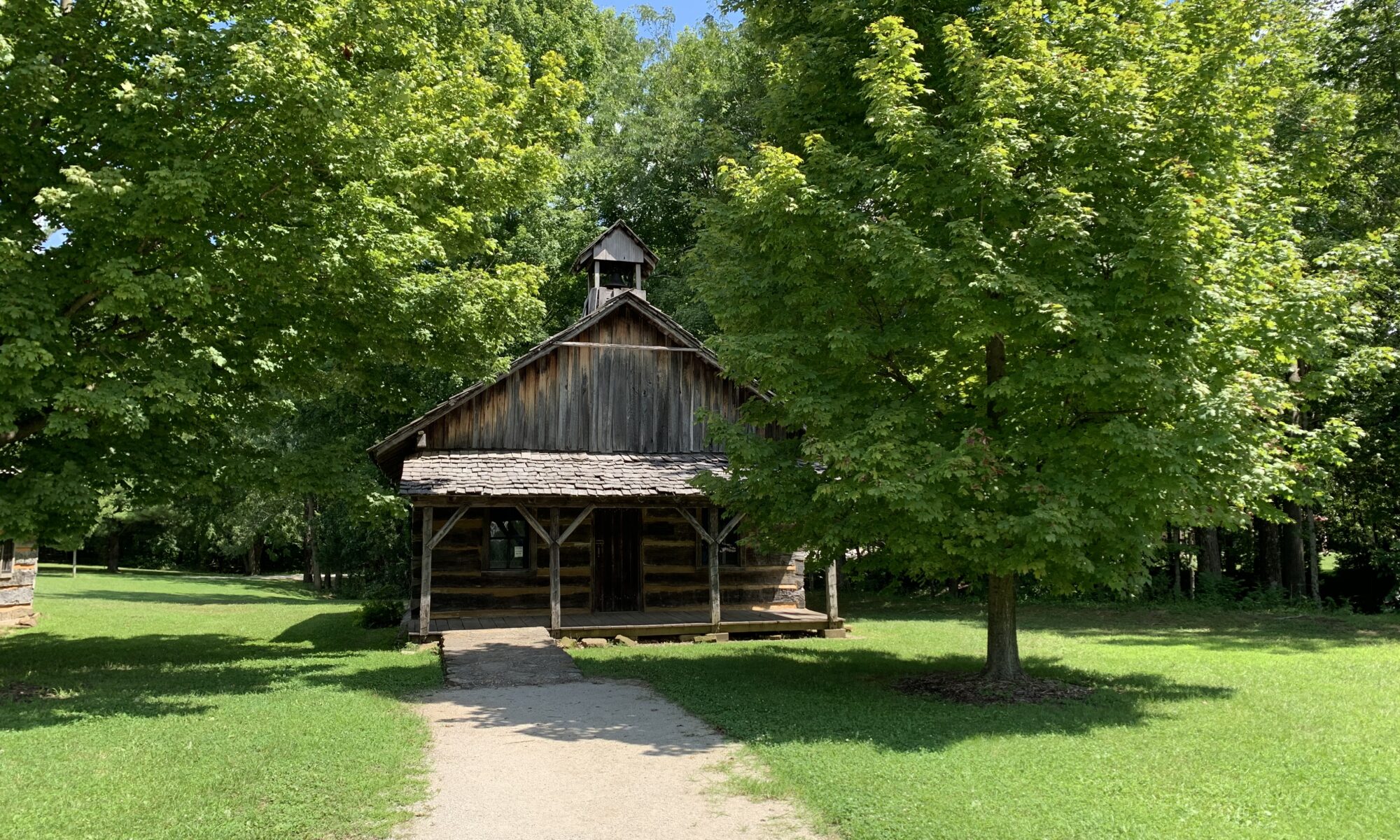 This cabin was built in 1848 by John Adam Ell on 80 acres of land east of Staunton, Indiana. John Adam Ell was born in Bavaria, Germany. He was 23 when he married Anne (age 18). They came to America in 1837. The couple first moved to Columbus, Ohio, then to Hamilton, Ohio and then to Staunton, Indiana in 1848 where they built their cabin in the middle of the 80 acres. In this cabin, John and Anne raised eleven children. John later died in 1893 at the age of 79.

The original logs used to build the cabin were white oak with half dovetail notch ends. The cabin was donated to the Vigo County Parks and Recreation Department in 1986 by Don Mercer in memory of his parents. When the parks department first viewed the cabin in its original location, it was a large white victorian house with long porches on two sides and gingerbread trim. It was two stories and had been modernized with a basement, bathroom, modern kitchen and a wide stairway. It had been covered with weatherboarding on the outside and plastered inside. Logs were visible where the covering was loose, and they were also in full view from the attic.

When dismantled, one-third of the cabin’s logs were found to be rotted and needed to be replaced. Logs from a barn located in Sullivan County were donated to the parks department to replace the rotted logs. The cabin was transported and reconstructed by park staff in Pioneer Village and was to be used as the Church/School.

The church bell was added to the structure October 2000. The bell was donated to the village by Butch Harlan. It was the bell from the old Huton School in southwestern Vigo County. The official dedication of the bell took place on Sunday, October 8th during the annual Pioneer Days weekend.

In 2014, a Schoolhouse was added to Pioneer Village and now serves as its sole intended purpose, a church. The Church also serves as a rental facility within the Vigo County Parks system and is often utilized for wedding ceremonies and church group gatherings.