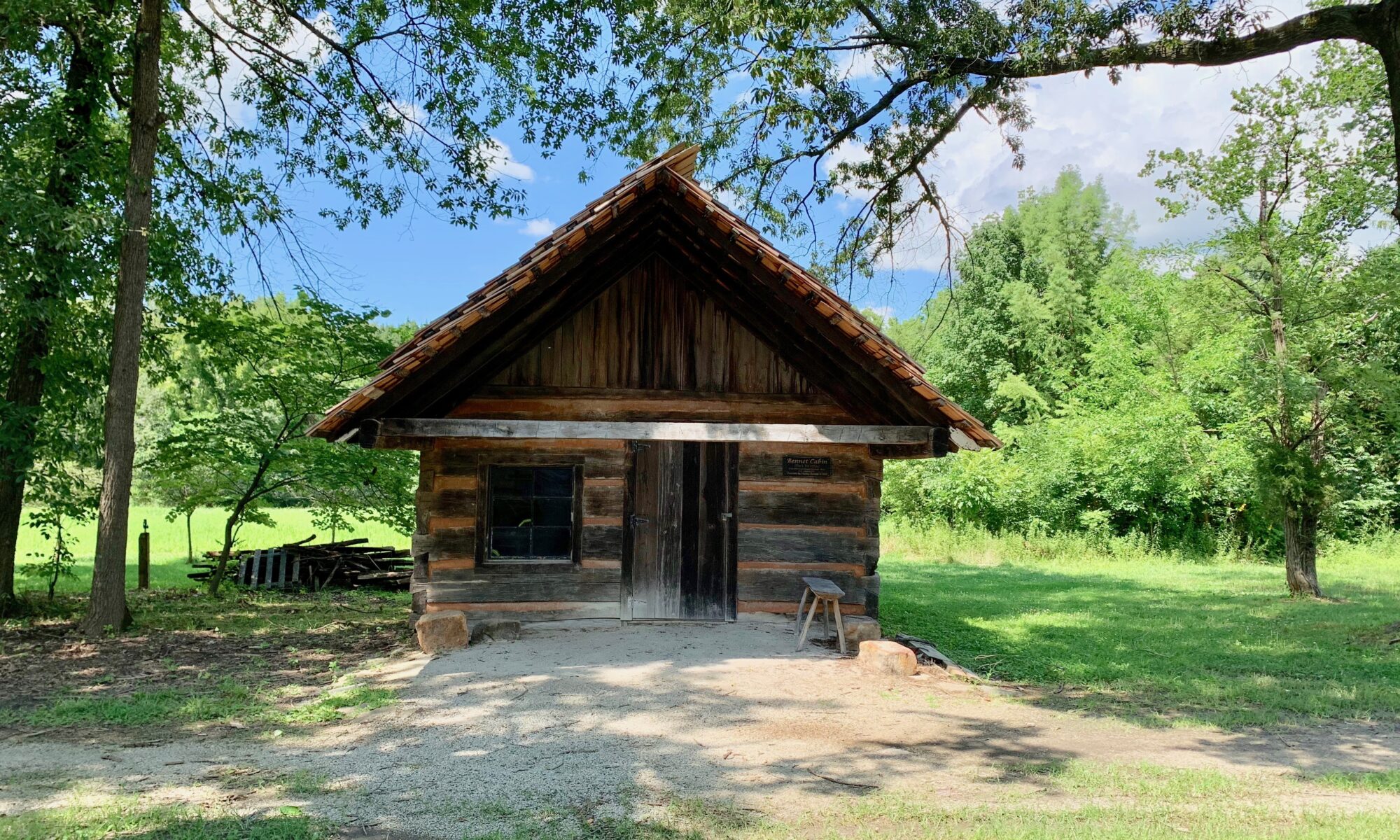 The Bennet Cabin was built using the logs of two separate cabins originally located near Marshall, Illinois north of Interstate 70 off Highway 1. The cabin was built on land that was part of an 1836 land grant from the U.S. Government to Sexton Mount and wife, Tabitha. When the land was sold to Henry Musgrave in 1858, the cabin was on the property. It can be assumed the cabin was constructed sometime between 1837 and 1858. 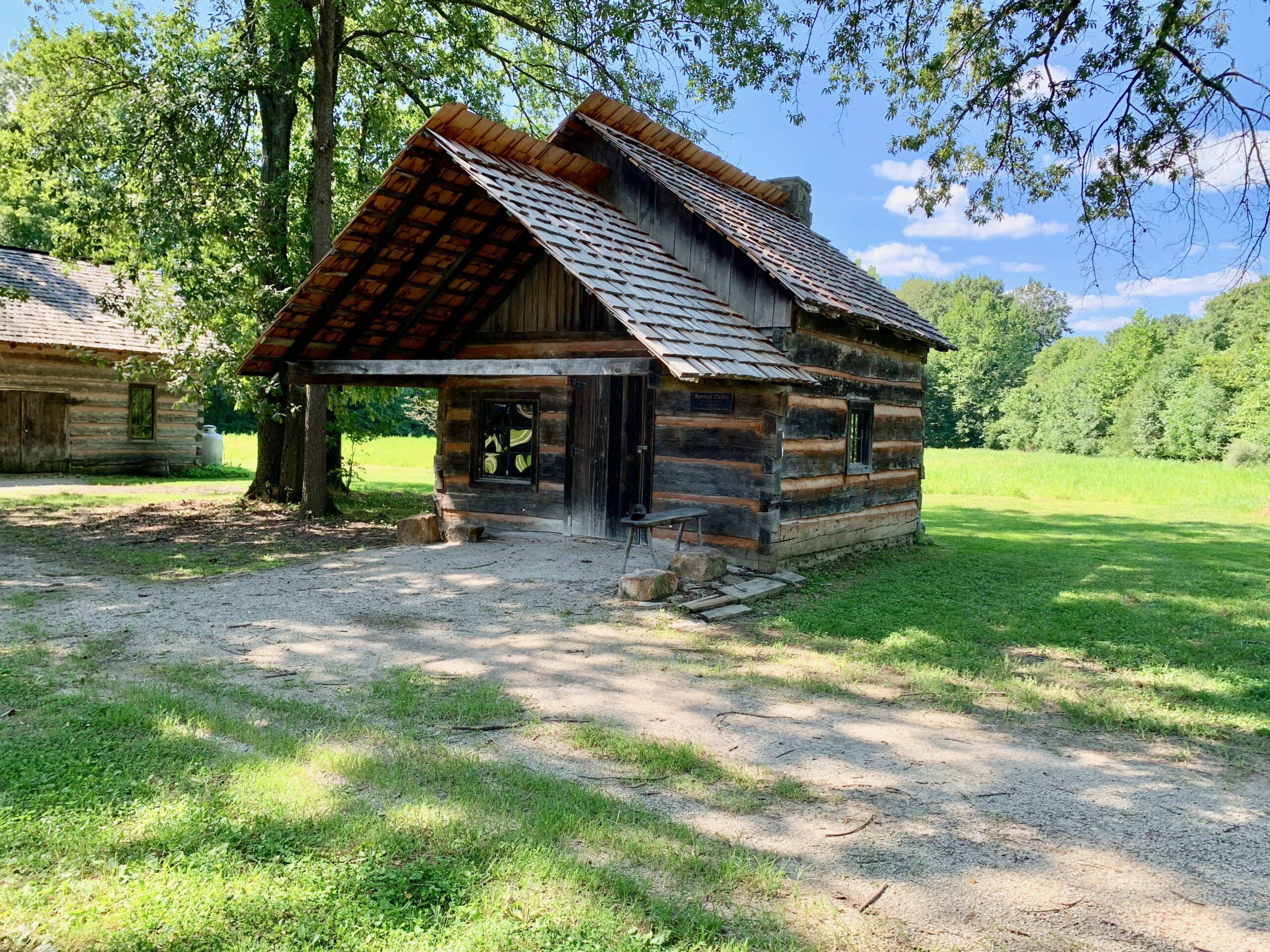